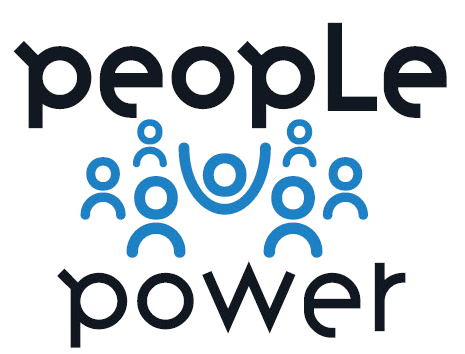 From an interculturalist point of view, one of the most fascinating developments of globalisation has been the increasing diversity within society. More travel and better communication have literally brought people together. Dealing with this new or increased diversity, while still ensuring social cohesion, is one of society’s great modern challenges. Given its history, Canada has a unique perspective to offer on this subject. It is home to multiple founding nations, and its society is made up of people from multiple ethnic origins. How does Canada forge a shared identity within this cultural mosaic?

The question of identity looms large in Canadian political discourse. In fact, Canada’s identity issues make it onto the list of Canadian cultural standards in the well-known book series published by Alexander Thomas. Over the past 30 years, Canada has become much more self-confident in this regard as it forges its own narrative independent of its colonial past. As with so many political discussions in Canada, the discourse is different in anglophone and francophone Canada. While this exposé focuses primarily on the multiculturalism debate in English Canada, there are inextricable links to Canada’s other founding nations.

In 1963, in response to the rising separatist feelings in Quebec, Lester Pearson, the Canadian Prime Minister of the time established the Bilingual and Bicultural Commission. Its charge was to examine the “bicultural” situation with the goal of developing greater equality. It was a seminal moment for Canada. As a result of the Commission’s recommendations, Canada would officially become a bilingual country. At the same time, a critical debate ensued about how to accommodate the history of the immigrants who had no links to Canada’s “bicultural” past. Indeed, the immigration experience and history of western Canada especially were very different from that of the more homogeneous French population in Quebec or the majority English, Irish and Scottish immigration experienced in other parts of Canada.
Out of this debate arose Canada’s first official multiculturalism policy in 1971. At that time Pierre Elliot Trudeau remarked in a speech to the Ukrainian Canadian Congress in Winnipeg: “There is no such thing as a model or ideal Canadian. What could be more absurd than the concept of an all Canadian boy or girl? A society which emphasizes uniformity is one which creates intolerance and hate.”

Changing immigration patterns are a challenge in multicultural Canada, too

Fifty years later, this discussion continues as Canada continues to adapt its multicultural narrative. It’s not simple nor is it always pretty. Recently it’s been particularly wrenching as a painful public discourse has occured to address past wrongs and to give Canada’s other minority nations, the indigenous peoples, their due place within the national narrative. As this happens, there are some “born-in-Canada” Canadians who are struggling to reconcile this more inclusive, more diverse narrative with the largely white, largely European Canada they grew up in. Given our social media age some of their openly racist reactions are very visible.

That begs the question, is this an unavoidable human reaction? It’s not the first time that the demographical changes have led to exhibitions of racist and mistrustful reactions towards the immigrant population. To name a few: Chinese Canadians in the 19th century, Eastern European immigrants in the early 20th century, Japanese Canadians during the Second World War.
Thankfully those exceptions are now looked upon as blemishes that should not be repeated. Officially Canada has made the respect of diversity a main pillar of its multicultural policy. Apologies have been issued to many immigrant groups and national minorities who were subjected to racist treatments in the past.

Will Kymlicka, a well-known Canadian political philosopher, has written extensively on just how important the concept of true respect for diversity is for Canada to make its multicultural reality work. He lays out a framework for creating shared identity within a multinational (English, French, Indigenous) and polyethnic (multiple origins) society. A key premise of his thoughts is that the traditional, patriotic, nation-state-based idea of national identity cannot work within the Canadian reality. For a society to create a truly inclusive identity, it must transcend the idea of a nation based upon a commonality of history, language and, to some extent, religion. Instead he cites features such as a feeling of solidarity with co-citizens, a willingness to listen to claims by others, respecting the rights of other and being willing to make sacrifices for them, feelings of democratic responsibility and feelings of trust in public institutions, and as he puts it, belonging to a community of fate.

Canada’s approach to its society offers a contrast to the current European discussion, which has declared multiculturalism for dead. One could claim this is simply realpolitik, and there is simply little appetite for a serious debate on reshaping European identities. But it is also true that a definition based on historical aspects is by nature exclusive of newcomers and does not reflect today’s diversity in European society. It may appease certain groups, but it’s not uniting.

Even with Canada’s multicultural reality, which is visible on pretty well any street in the country, it doesn’t mean the inclusive narrative is an easy sell. Nonetheless, Canadian society remains strongly positive towards immigration. Around 60% of the population say immigration is good for the country. In the last election, Maxime Bernier and his People’s Party of Canada was strongly rebuked and failed to gain votes on the back of anti-immigration rhetoric. Even those with reservations about the levels of immigration do not rate it as a top political issue.

Yes, Canada has an advantage in making multiculturalism work in that the country has always been an immigrant nation. People come to Canada to establish a new existence with the desire to become Canadian. Even more importantly, this is entirely possible in the Canadian reality. A newcomer can declare “I am Canadian.” and the statement rings true for all.
Getting to that point has required a conscious effort. It is a crucial stage because it is a prerequisite to the second ingredient for a working multicultural society: social integration.

In some national contexts, ‘economic migrants’ are seen as a threat to societal cohesion. They’re people who steal jobs from established citizens, who mooch off the social security system, or both.This narrative is in a minority position in Canada.  How does Canada go about creating integration? There are several tools. The strength of the public school system in Canada is often cited as one reason for the success of the multicultural discourse. The cultural mosaic is recognised, accommodated and lived in the school system. This is also the first place that many newcomers to Canada first experience the diversity of their new country. Another important factor is the universalist understanding that many Canadians have of the social security system. This is particularly true of the health care system. Universality of access remains a sacred cow in Canadian health care policy.  This has an impact on upwards social mobility for the second generation of newcomers. Studies have found that new Canadians are just as likely to improve their social standing as are Canadians born in Canada. This is a huge equalizing factor in the acceptance of the multicultural policy. Of course, it would be blue-eyed to say there is consensus around these points, and in any case, the true of impact public policy has on shaping public opinion is also a matter of debate. Some people claim that the government has little say in how its policies are interpreted. On the other hand, for that very reason, many claim that a solid institutional framework is instrumental in shaping the public discussion.

The path to making this narrative work has twists and turns. There are multiple layers involved, wires get crossed and divisions caused by economic and regional differences spill over into the debate. There are people who feel threatened by the new narrative, especially when it involves apologizing for past wrongs. You can’t change the past, forgive and forget, move on, they say. Others are more willing to deal with those parts of the past that are not reconcilable with the country’s current self-image.

Despite the messiness of the debate, the momentum is still on the side of those wanting to advance the celebration of diversity. For example, the Liberals continued to tell a largely inclusive story in the last election. And while the implementation has been flawed, several pundits claim this story was their saving grace, securing the crucial vote of many new Canadians.

There is still work to do in terms of respect for diversity and social integration. Yet the majority of Canadians want this story to work.

In the words of social and economic policy researchers Keith Banting & Thomas Courchene:

“We build respect by respecting difference; we build tolerance by resisting discrimination; we build trust by being trustworthy; we build belonging by drawing people into the mainstream of civic and political life; we build solidarity by supporting all Canadians in need.”